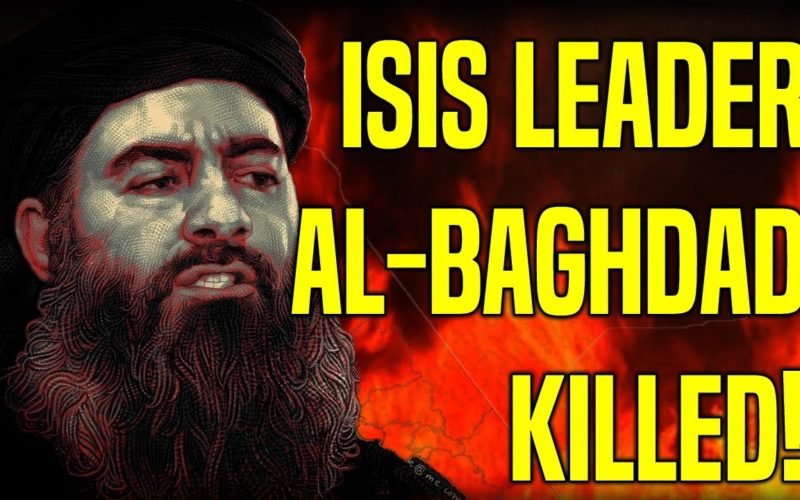 Taking with him the credibility of the mainstream media…

“Islamic State leader Abu Bakr al-Baghdadi has been exploiting women as sex slaves, and a horrifying story of a new victim has now emerged.

“American aid worker Kayla Mueller, who was very vocal in expressing her disapproval of human misery in Syria, was unfortunately abducted by Islamist militants. According to reports, she had travelled from across the Turkish border to visit a hospital in Aleppo as part of her humanitarian work in the Syrian region. She was accompanying a contractor from the Doctors Without Borders group, who had requested her assistance for the trip to the hospital. Mueller was taken by IS operatives during the road trip to Aleppo, and was held captive for over 17 months in Raqqa. She was housed in IS leader Abu Sayyaf’s house as a prisoner for Baghdadi, who repeatedly raped her. According to sources, Baghdadi’s jihadi cohorts even ripped out Mueller’s finger nails before informing her that she would be forcibly married to Abu Bakr al-Baghdadi. Ironically, a marriage is considered Islamic only if the woman consents to it, which means that Baghdadi’s forced marriage and rape of Mueller was entirely un-Islamic. Strangely, Baghdadi claims he is a ‘leader’ of Muslims around the world.

Young Yazidi woman Muna personally recounted how she was tortured by Abu Bakr al-Baghdadi. She narrates how she was chosen to become Baghdadi’s sex slave. After the Mount Sinjar siege in 2014, 61 Yazidi women were taken hostage by the IS – ranging from the ages 9-22. After being held captive for two nights by five militants at a property in IS capital Raqqa, Baghdadi himself arrived to choose his slave. He was accompanied by his 30-year-old Kurdish son-in-law and bodyguard, named Mansour. After selecting Muna as his sex slave, Baghdadi transported her to a two-storey house located in the centre of Raqqa, where he lived with three other wives, three sons and three daughters.

However, Muna explained that Baghdadi’s wives were not docile either. She said, “The wives were always worse than Baghdadi. They were always telling the children that they were lazy and beating them.’

When Muna attempted to escape, she was unfortunately recaptured by IS guards and returned to Baghdadi. To punish her, he severely beat her with a belt and a garden hoe, causing multiple bruises on her body. He also slapped her till her nose bled, telling her that she ‘belongs to the Islamic State.’ She also shared that one beating by Baghdadi was so horrific, that it left her with a dislocated shoulder, and resulted in bone fractures on her friend’s face.

Eventually, Muna managed to escape her torture, fleeing from captivity to be rescued by Kurdish forces. She is now hopeful to start a new life in Europe.

Your support is essential to Freedomain Radio, which is 100% funded by viewers like you. Please support the show by making a one time donation or signing up for a monthly recurring donation at: http://www.freedomain.com/donate

What Pisses Me Off About Arnold Schwarzenegger's Motivational Speech
their divide and conquer programs
Jordan Peterson: Why some men can't get women