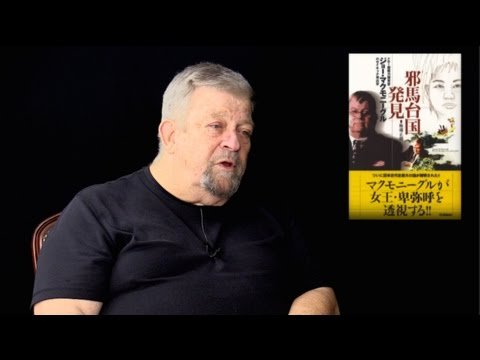 Joseph McMoneagle is a world-renowned remote viewer who has worked professionally in the field for almost four decades – both within the military and as a private contractor. He is author of Mind Trek, The Ultimate Time Machine, The Stargate Chronicles: Memoirs of a Psychic Spy, and Remote Viewing Secrets. He is also coauthor of ESP Wars: East and West. He is the recipient of a congressional Legion of Merit Award for his remote viewing work within the U.S. government military intelligence services.

Here he describes a six-year remote viewing project to identify the historicity of a mythical, shaman empress of ancient Japan named Himiko. She was the subject of much lore; and was mentioned briefly in one, ancient Chinese document. He discusses how his remote viewings, conducted from his home in Virginia, were instrumental in locating the ruins of an ancient mountain top castle, two temples, and a royal tomb – all previously undiscovered. These discoveries were the subject of a best-selling book on the subject, published in Japanese.

New Thinking Allowed host, Jeffrey Mishlove, PhD, is author of The Roots of Consciousness, Psi Development Systems, and The PK Man. Between 1986 and 2002 he hosted and co-produced the original Thinking Allowed public television series. He is the recipient of the only doctoral diploma in “parapsychology” ever awarded by an accredited university (University of California, Berkeley, 1980). He is past vice-president of the Association for Humanistic Psychology; and is the recipient of the Pathfinder Award from that organization for his contributions to the field of human consciousness. He is also past-president of the non-profit Intuition Network, an organization dedicated to creating a world in which all people are encouraged to cultivate and apply their inner, intuitive abilities.

Video Nugget: Community Of Sensation with Adam Crabtree
Heidegger's "Being and Time" with Jason Reza Jorjani
Neurotheology with Andrew Newberg