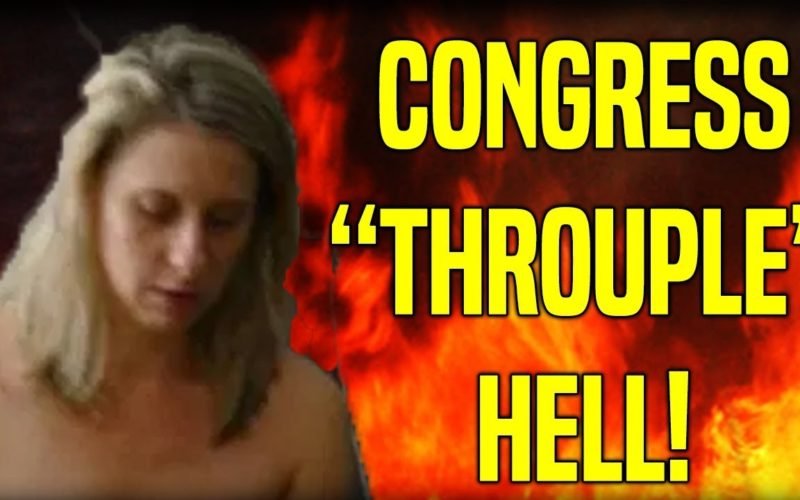 “Photographs and text messages obtained by RedState show that Rep. Hill was involved in a long-term sexual relationship with a female campaign staffer. The woman, whose name is not being released, was hired by Hill in late 2017 and quickly became involved in a “throuple” relationship with Hill and her estranged husband, Kenny Heslep.

“Heslep and the staffer, according to text messages provided to RedState, believed the polyamorous arrangement to be a long-term, committed relationship. The trio took multiple vacations together, including to Alaska, where this photograph was taken.

“RedState was also provided with intimate photographs of the women, which we have chosen not to publish.

“According to a source close to the staffer, the throuple agreed to continue their committed relationship when Hill moved to Washington, D.C. on January 2019, but that Heslep and the staffer quickly noticed a difference in Hill’s demeanor. By late May, Hill broke off her relationships with both Heslep and the staffer, claiming she wanted to focus on “this important work” and that it wasn’t fair to be involved in a relationship. The staffer, as these text messages show, was distraught and trying to figure out how to move on with her life.

“A review of FEC records for Hill’s 2018 and 2020 campaigns reveals that the staffer was first paid in November 2017, with her payment classified as “salary,” making her an employee. California law doesn’t expressly prohibit consensual sexual relationships between an employer and a direct report, but it’s certainly a murky legal and ethical area. Some legal pundits contend that an employee can’t truly consent to a sexual relationship with the person who signs their paycheck.

“Also of concern in the alleged throuple relationship is the age differential between Hill, Heslep, and the staffer. The staffer was 22 and a new college graduate when the relationship started; Hill and Heslep were in their 30s.

“In addition to the legal and ethical issues raised by allegations of a congresswoman having not one, but two extramarital affairs with people on her staff, concurrently, there are issues of national security. Hill serves on two influential committees in that regard: Oversight and Reform and Armed Service. She has access to extremely sensitive national security information. If people who don’t have our nation’s best interests at heart had access to the photographs, text messages, and other information provided to RedState, Rep. Hill would be an easy blackmail target.”