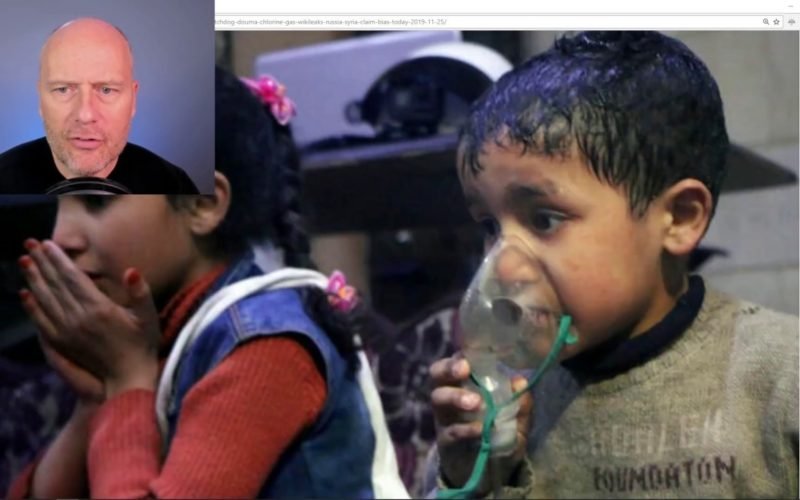 “The head of the world’s chemical weapons watchdog said Monday he stands by a report on an alleged attack in Syria despite leaked documents casting doubt on its conclusions. The Wikileaks website published an email over the weekend from a member of the team that investigated the attack in the town of Douma in April 2018 that accused the body of covering up discrepancies.

“Russia and its allies have seized on the email and an earlier document which both question the conclusion by the Organization for the Prohibition of Chemical Weapons (OPCW) in March 2019 that chlorine was used in Douma, likely dropped from aircraft.

“It is in the nature of any thorough inquiry for individuals in a team to express subjective views,” OPCW Director General Fernando Arias said in a speech to the body’s annual meeting in The Hague.

“While some of these diverse views continue to circulate in some public discussion forums, I would like to reiterate that I stand by the independent, professional conclusion” of the probe.

Just nine days after the attack on Douma, with the OPCW inspectors still held back by Russian and Syrian officials, CBS News’ Seth Doane made it into the town and to the very house where the suspected chemical attack took place.

“All of a sudden some gas spread around us,” one neighbor told Doane. “We couldn’t breathe, it smelled like chlorine.”

Nasr Hanan’s brother Hamzeh is one of the people who appeared in videos posted online by activists. Hamzeh was seen lifeless and foaming at the mouth. His brother told CBS News how Hamzeh had tried to wash the chemicals off of himself before succumbing. He also brought CBS News to the roof of the building, where a large missile still rested in a hole it appeared to have created when it struck. That shell, he said, is what delivered the noxious gas that killed his brother.

Your support is essential to Freedomain, which is 100% funded by viewers like you. Please support the show by making a one time donation or signing up for a monthly recurring donation at: http://www.freedomain.com/donate