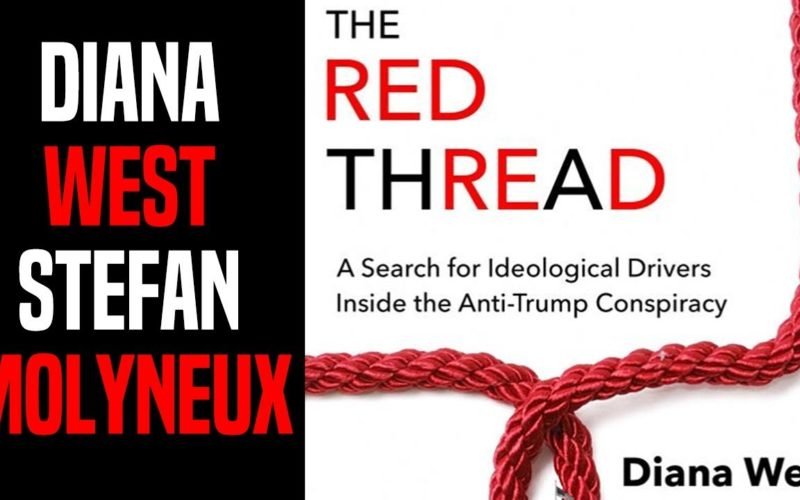 The first investigation into why a ring of senior Washington officials went rogue to derail the election and the presidency of Donald Trump.

There was nothing normal about the 2016 presidential election, not when senior U.S. officials were turning the surveillance powers of the federal government — designed to stop terrorist attacks — against the Republican presidential team. These were the ruthless tactics of a Soviet-style police state, not a democratic republic.

The Red Thread asks the simple question: Why? What is it that motivated these anti-Trump conspirators from inside and around the Obama administration and Clinton networks to depart so drastically from “politics as usual” to participate in a seditious effort to overturn an election?

Finding clues in an array of sources, Diana West uses her trademark investigative skills, honed in her dazzling work, American Betrayal, to construct a fascinating series of ideological profiles of well-known but little understood anti-Trump actors, from James Comey to Christopher Steele to Nellie Ohr, and the rest of the Fusion GPS team; from John Brennan to the numerous Clintonistas still patrolling the Washington Swamp after all these years, and more.

Once, we knew these officials by august titles and reputation; after The Red Thread, readers will recognize their multi-generational and inter-connecting communist and socialist pedigrees, and see them for what they really are: foot-soldiers of the Left, deployed to take down America’s first “America First” and most anti-Communist president.

If we just give it a pull, the “red thread” is very long and very deep.
▶️ Donate Now: http://www.freedomainradio.com/donate
▶️ Sign Up For Our Newsletter: http://www.fdrurl.com/newsletter