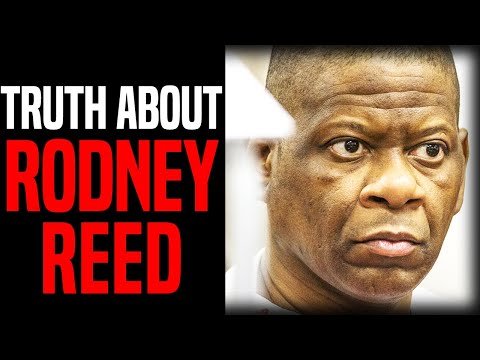 – April 23, 1996, a 19-year-old woman named Stacey Stites – who was engaged to be married to a police officer in a few weeks – was found dead in a field in Bastrop, Texas.

– Before being murdered, Stacey had been brutally beaten, raped, and sodomized.

– Her fiancé – Jimmy Fennell – fell asleep at 9pm; she left for work at 3am; her mother heard her leave.

– Her official cause of death: asphyxiation (strangulation) with a belt.

– Her fiancé was the first suspect – last to see her alive.

– But – how could he get to the murder scene, leave the truck at a school, and then somehow travel 30 miles home within a few hours to answer his landline at 6:45am?

– According to information on the Supreme Court’s website, Rodney Reed is responsible for a number of sexual assaults – he only became a suspect in his 1998 conviction because he attempted to rape another woman – Linda Schlueter – six months after Stites.

– According to page five of the U.S. Supreme Court’s report:
“Reed became a suspect in Stites’s murder after he was arrested for kidnapping, beating, and attempting to rape and murder another nineteen-year-old woman, Linda Schlueter. Schlueter was abducted by Reed approximately six months after Stites’s murder, near both the route Stites typically took to work and the time she disappeared—3:00 a.m.. Moreover, Reed was regularly seen in this area by Bastrop police officers in the early morning hours, and his home was close to where both Stites’s and Schlueter’s vehicles were abandoned.”
Reed was already known to police for reportedly raping his intellectually disabled girlfriend Caroline Rivas…

Your support is essential to Freedomain Radio, which is 100% funded by viewers like you. Please support the show by making a one time donation or signing up for a monthly recurring donation at: http://www.freedomain.com/donate

Entrevista com Terence Mckenna - Psicodélicos e a Cultura
The government in essence is almost irrelevant - puppets.
When the funding will begin? 3 Stages of truth.